Today's Yoga Tip is a short but sweet one that will help you to be more precise in your alignment, activate the transverse abdominals, go deeper into the backs of your shoulders, protect your lower back, and improve your overall core stability.

The example I want to look at today is a common one: when working to stretch the backs of our shoulders, or when moving into a backbend, we lengthen our spine, lift our collarbones, and let our lower ribs "flare" or "pop" out. It feels like we are stretching more deeply when we do this, but in fact we are using our ribs as an "escape valve" to compensate for tightness in our back body.

So, what's the big deal? Well, when this "escape valve" becomes a habit, you will carry it with you throughout your practice, including into more challenging poses like backbends.   When the lower ribs are "popped", your lower back isn't being stabilised by its synergists, the transverse abdominals. This can cause excess load to be carried by the lumbar spine (the lower back), which can possibly lead to strain or injury.  You want to be especially careful of this if you (like me) tend towards a "curvy" lower back in general, because it can also mean that your back is taking undue strain even in postures that are not backbends (and probably in your day-to-day life, as well).

In either case, this is really simple to correct once you're aware of it: use your abdominals to pull the lower ribs back in and down and keep them close to your body. Then go back into the pose, staying aware not to let your ribs flare out again.

Clear as mud? Have a look at the pictures! If you've read this far, I'd love your feedback! Was this tip helpful? Is there anything else you'd like tips about? Leave a comment!
Posted by Yogini B at 2:30 AM 4 comments: Links to this post

How I Help Perpetuate The Modern Yoga Narrative 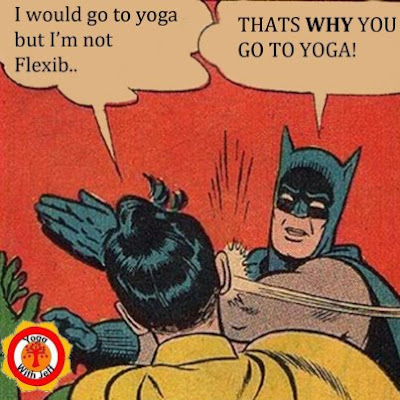 Someone marvellous shared this funny little graphic on Facebook, and it made me laugh out loud. Which is it's own form of yoga, by the way.  It also made me think, on a deeper level, about that question of why we go to yoga, and how what was once an exclusive and sacred (not necessarily good things) discipline of spiritual seeking has become boiled down in our minds to one word: "flexible".  Whence this post....

Now that yoga is fantastically popularised and pretty much mainstream, the average modern yoga student probably isn't familiar with the roots of yoga, beyond knowing that it originated in India a long time ago (like, when movies where still in black and white? ;) ). Many probably remember from their parents' generation of yoga that it had some kind of a spiritual component, but our generation doesn't like having "foreign" spiritual ideas thrown at us when we go to a public space. We prefer billboards, commercials and glossy magazines telling us what the world is all about, thanks, telling us what to value, and what we are worth. We fervently defend our right to not to learn about alternative philosophies unless we deliberately choose to (it's such a chore), as opposed to considering it our right (duty) to deeply examine the many facets of an issue before making a decision. No, we prefer to make decisions first, generally in the time it takes to "like" something on facebook, and our world rewards us for having the strength of character to simplify life into clear-cut dichotomies upon which we can make snap decisions and express strong opinions. (Is it any wonder politics is f$^@#*ed??)

In any case, I won't be the first or the last writer to comment on the disconnect between the roots of yoga as an integrated practice (mind - body - breath) and the narrative of modern postural yoga. Nor will I be the first or last to conclude that hey, to each their own, and if more people are doing yoga, then great, and there's nothing wrong with just doing asana to stay healthy (or bend yourself into a pretzel, or just feel good) and that being the end of it.

And to be honest with myself, and you, as a yoga teacher I play my own part in perpetuating the dominant narratives about yoga. In my classes, I teach 95% asana and only 5% pranayama. Sometimes I teach "fancy" postures. My cues and explanations focus mainly on the physical body, peppered with frequent reminders to breathe, and smile, and "be present". Most of my students, even my long-term ones, don't know about the koshas, or the doshas, or prakriti and purusha, or moksha, or any of the other fundamental building blocks that shape the yogic worldview.

Yet not only do I know a bit about these concepts, but I relate to them, enjoy thinking and talking about them, and believe they offer a valuable perspective, one that is much needed in the modern world. So why do I help perpetuate the modern yoga narrative in all its bland, asana-focused-ness?

The truth is, I'm lazy. There is only so much time in a yoga class, and I have a cleverly designed sequence to get through, and still leave time for a long savasana.

The truth is, I'm concerned what my students will think. I believe they come to yoga expecting a work-out, and generally a tough one, at that, and I'm afraid that if I don't give it to them, they won't come back, they won't like me.

The truth is, my students paid for an asana class, not a philosophy class, and that's what I feel like I need to give them.

The truth is, I had to sign a contract agreeing not to preach my own personal philosophies during yoga class. Really. I did.  Edited to add: this is fair enough! It would be wrong to use my privileged position as a yoga teacher to tell others what to think or believe. But, where is the line between discussing yoga philosophy and "preaching a personal belief"? Some people are offended at even the use of sanskrit in a yoga class - in any case, it makes me nervous.

The truth is, my own practice is pretty much asana dominated, my meditation and pranayama having somehow slipped out and not quite been put back in.

And so I go, and I teach, and I practice, and I perpetuate the modern yoga narrative, all the while knowing that it doesn't satisfy me.

But I smile and stand in front of a class, and perpetuate the narrative, because that is what's expected (obligated?) of me and because that's what I know how to do.

Yet I believe that there is a space in a yoga studio for honest conversation. A space for education that goes beyond the physical. For the exchange of points of view, the discussion of complex concepts that can't be resolved in the time-it-takes-to-click-like-on-facebook.

A space where people are willing, have the courage, are thirsty to go beyond the physical and examine, re-examine, their relationships with themselves and the world.

I believe in that space - and that I can play a part in creating it. That I must help to create it, each time I step onto the mat.

Readers, what do you think?
Posted by Yogini B at 5:51 PM 21 comments: Links to this post

The old saying "you are what you eat" has never rung more true for me than now. My yoga practice has certainly played its part building my awareness to what I'm putting in my body. I also believe that my practice has made me more sensitive to "junk" and to foods that my body just doesn't tolerate, like wheat, which is of course a mixed blessing although a good thing overall.  Hmmmm. More on that some other time.

But now, back to the main event: some super yummy soups that are easy to make, use fresh ingredients, and will fill you with warm goodness on a cold winter's day. 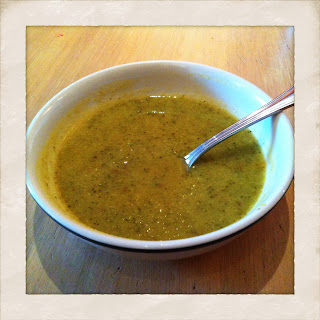 1. Cream of Broccoli Soup with Coconut Milk, from the Gluten Free Goddess

A delicious, creamy soup that is gluten-free AND dairy-free? Be still my taste buds!  A bit of spice really livens up this soup and works so well with the coconut.

This delicious soup is hearty, tasty, and mixes spicy and sweet in a surprising and delicious way!


3. Creamy Celery and Potato Soup, from The Daily Green

Well, I am a HUGE lover of celery so it goes without saying that I loved this blended soup.  It's fabulously creamy without using any dairy. I substituted veggie stock for the chicken, and voila!

Readers, what are your favourite soups to warm you up on a winter's day?

Posted by Yogini B at 2:30 AM No comments: Links to this post

Yogini B
I am a passionate student and practitioner of yoga, a 500-hour certified teacher, and hold a Graduate Certificate in Yoga Therapy. However, ONLY YOU truly know yourself and your body. In practicing any of the poses or sequences shown on the blog, please use self-awareness, caution, and self-respect. Remember: you are your own best teacher! 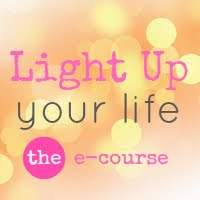 Things I Apparently Write About